From Active Service to Academia

Robert F. Williams talks about his time as a veteran and a Carolina student. 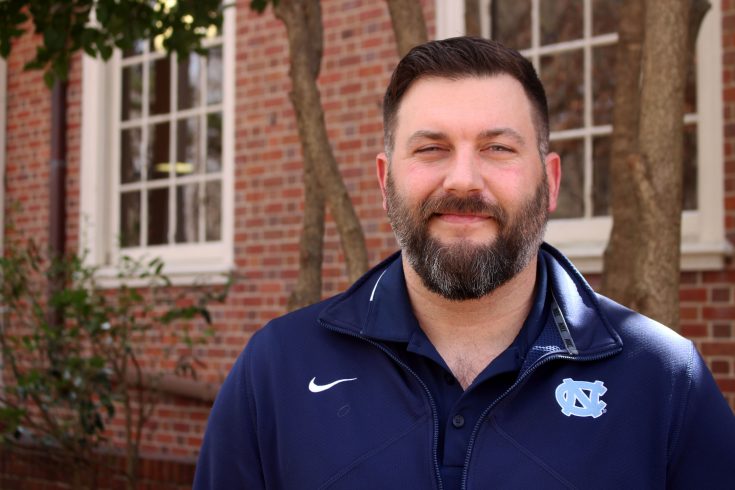 Growing up in Washington State I was playing “soldier” whenever I could.

My grandfather on my mother’s side is a retired Lieutenant Colonel that graduated from West Point in 1943 and served during World War II. My father spent 12 years in the Navy; his father was a truck driver in North Africa and Italy during World War II. My older sister did 17 years in the Air Force; my younger brother served in the Army National Guard. Is it any wonder that I would end up serving in the military? I dare say it is the family business.

I enlisted between my junior and senior years in high school and left four days after graduating.

The recruiter got me, hook, line, and sinker, by reminding me that if I sign up now, I wouldn’t have to worry about “all that college prep stuff.” I’d go on to spend 17 years as an infantryman and paratrooper from 2000 to 2017. During that time, I was deployed to combat three times for a total of 37 months in Iraq and Afghanistan.

By a stroke of good fortune, I was offered admission to the prestigious University of North Carolina at Chapel Hill.

I figured if I could succeed here, I could succeed anywhere — I just wasn’t sure what the attitude toward former service members would be. Well, the welcoming attitude of UNC-Chapel Hill toward student veterans helped me feel at home immediately. From the advising office to the libraries, I quickly felt at ease on campus and not at all like an outsider. Carolina instituted a special curriculum in 2016 known as the Summer Transfer Program: Transition & Thrive, which I was fortunate enough to participate in during the summer of 2017. That program was instrumental in helping me feel comfortable in and around campus as well as preparing me for success at a rigorous institution such as Carolina.

Perhaps of equal importance has been the brand-new resource center just for veterans. Intended as a “one-stop shop” for veterans on campus, the aptly named Carolina Veterans Resource Center currently houses the student veteran resource coordinator and provides an open space for events, studying, or just hanging out with like-minded individuals.

I was also fortunate enough to locate and connect with the local chapter of the Student Veterans of America. This organization and the people within had become my new platoon. It’s an excellent organization for fellowship and camaraderie.

When we are in the service, we benefit from being a part of a tribe — a group of like-minded individuals that share a common goal.

Leaving the service and coming to academia presents a challenge in which a ready-made family does not exist. Student veterans are different from their contemporaries on campus and fitting in can be difficult. We are very much super non-traditional students with more in common with our TAs and professors than our fellow students. But, with a university that recognizes the unique perspective of veterans and fosters an environment conducive to their success, a well-run and well-resourced veterans center, and an active student veterans organization, veterans can and will succeed on campus. These elements have been instrumental in ensuring a somewhat softer landing in the leap from active service to academia.